The MassMEP worked with ’47 in the areas of:

It was eye opening for everyone to uncover where production delays were in the process and how many times the product went back and forth, they also discovered that 70% of artwork created was not being used, this was a huge drain on resources and time.

MassMEP worked with ‘47 to provide visibility to see what they needed and to improve their ineffective communication. As a result, the business model within the company improved, as well as morale and per product cost change.

Invested In Equipment And Software

Months Ahead Of Schedule After Training

WHAT THEY THINK ABOUT US

Without the guidance, exponentially and customized training provided by MassMEP, ‘47 would not have been able to successfully manage our exponential growth. 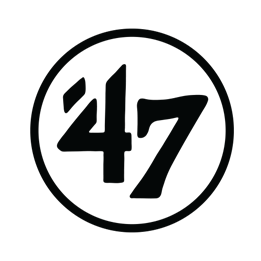 Learn more about how MassMEP can help your organization.

MassMEP along with Associated Industries of Massachusetts (AIM) provided training resulting in a transformational, company-wide training program that went way beyond just the shop floor. The customized training program changed the mindset within the company from reactionary to one with a clear business model and strategic goals. The training provided the company with clear training goals and objectives. Now, all new hires go through a whole week of training. New employees spend at least 30 minutes with each department, plus lunch with the owners. They also conduct a 30-60-90 day check in periods with new employees.