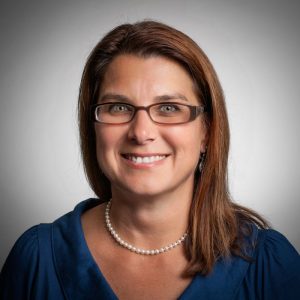 August, 22, 2022 – Auburn, MA – MassMEP, the Massachusetts Manufacturing Extension Partnership, and Board Chair Dennis Leonard have announced the appointment of Kathie Mahoney as the next President/CEO of MassMEP. Ms. Mahoney began her MEP career at MassMEP where she held several positions, culminating in Center Director in 2017. She then transferred to the RI MEP Center – Polaris MEP – to serve as their Center Director. She now returns to MassMEP to guide the organization as it delivers economic impact by transforming manufacturing enterprises and the manufacturing ecosystem in Massachusetts.

Board Chair Leonard stated, “The board conducted a national search and is pleased Kathie agreed to return to MassMEP. Kathie brings an unparalleled knowledge of the MEP Center System, a wealth of institutional knowledge from her 21-year tenure with MassMEP, and incredible leadership skills. The organization will thrive with her at the helm.”

Mahoney joined MassMEP in 1999 and was coached and mentored by Jack Healy, a legend of manufacturing in the Commonwealth. She is recognized as a next generation leader among her peers throughout the National MEP Network where she serves on the National Institutes of Standards and Technology MEP Center Leadership Team, the advisors to the federal administrators.

Mahoney said, “MassMEP and its passionate, capable team members hold the potential to become a top performing MEP Center. I am excited to move the organization to the next level as trusted advisors to the Commonwealth’s small and medium-sized manufacturing companies.”

Massachusetts Manufacturing Extension Partnership (MassMEP), part of the NIST MEP National Network, is a leading resource for manufacturing companies that cultivates a community built on support, idea sharing, and achievement. MassMEP creates economic impact by transforming manufacturing enterprises and the manufacturing ecosystem. This is achieved through the delivery of operational excellence programs, workforce development strategies, and innovative growth initiatives, all of which are enhanced by strategic public/private relationships.

The ROI for manager training: Why it’s your best defense against the great resignation

Tips for Calling 9-1-1 from your Business