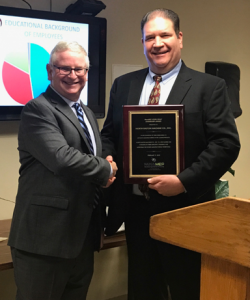 Worcester, MA – MassMEP, the Massachusetts Manufacturing Extension Partnership, is pleased to present the 2nd annual Jack Healy Manufacturing Leadership Award to North Easton Machine Company, Inc. North Easton is being recognized for their dedication to training and for building a skilled workforce.

“MassMEP is honored to recognize North Easton Machine for their dedication to advancing manufacturing in Massachusetts and for their workforce,” stated John Killam, President, MassMEP. “Their consistent emphasis on training programs for their employees has led them to a leadership position in Massachusetts for on-site workforce development. As a result, the quality of their product is world-class.”

“We are thrilled to receive the Jack Healy Manufacturing Leadership Award,” said Paula Martel, HR Manager, North Easton Machine Company. “We believe that to achieve workforce growth, we must employ a multi-pronged approach. We must find qualified trainees, upskill entry level staff, and grow our leaders. MassMEP is a vital partner providing programs that aid our employees in maximizing their individual potential and enhancing the overall success of our team.”

North Easton Machine Company was founded in 1964 by Donald Holbrook. Holbrook purchased his first Brown & Sharpe cam screw machines from his former employer, Easton Machine Products, when the two partners split and auctioned off the assets of the business. He set up shop in one bay of his two car garage at his home in North Easton, Massachusetts, and North Easton Machine Company was born. Working full time for Machine Craft in Whitman, Massachusetts, he ran his own machines after work until midnight most nights. His wife Marie would order material, tools, and accept deliveries during the day to support his nightly production. Donald eventually left his job and dedicated himself to the business full-time. The business expanded several times over the years to its current 15,000 square foot facility. Over the last 54 years North Easton Machine has evolved into a state of the art CNC turning and milling company. Currently run by Donald’s son, Jon Holbrook, the business has been supported by family members spanning four generations. 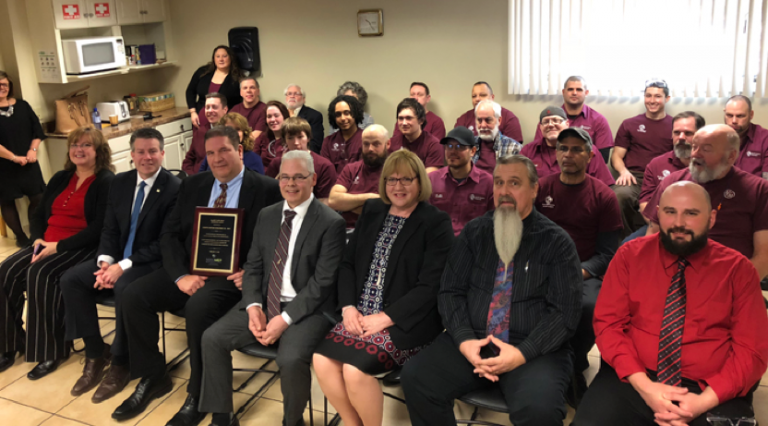 What is the 4th Industrial Revolution?