November 5, 2018 – Worcester, MA – MassMEP, the Massachusetts Manufacturing Extension Partnership, has announced the promotion of Kathie Mahoney to MassMEP Center Director. In this new position, Ms. Mahoney is responsible for leading and developing a team of professional consultants who create economic impact by transforming manufacturing enterprises through operational excellence, workforce development strategies, and innovative growth initiatives. In the past year alone, her team’s work with manufacturers produced a $69.6 million increase in new sales and added 843 new jobs. 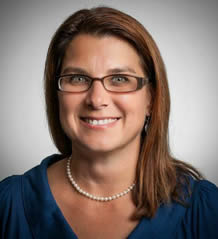 Kathie Mahoney, MassMEP Center DirectorAs MassMEP Center Director, Ms. Mahoney guides the organization and works closely with the President and its Board of Directors to realize the Center’s goals. Over the course of 20 years, she has built the MassMEP brand to be a recognized and trusted advisor to manufacturers. She possesses a detailed knowledge of manufacturing and has an extensive background in grant management, financial oversight, marketing management, and leadership. Ms. Mahoney holds a Bachelors in Business Administration from Assumption College and a Master’s of Science in Professional Communication from Clark University. She is also a Graduate of the NIST Emerging Leaders Program.

John Killam, President of MassMEP stated, “We are very excited to have Kathie take on the role of Center Director for MassMEP. She brings to the job an exceptional combination of energy, leadership, and understanding of the challenges of manufacturing in Massachusetts. Her operational skill will help us continue to expand MassMEP and the work it does to strengthen Massachusetts manufacturers.”

About MassMEP
Massachusetts Manufacturing Extension Partnership (MassMEP), part of the NIST MEP National Network, is a leading resource for manufacturing companies that believes in cultivating a community built on support, idea sharing, and achievement. MassMEP creates economic impact by transforming manufacturing enterprises and the manufacturing ecosystem. This is achieved through the delivery of operational excellence programs, workforce development strategies, and innovative growth initiatives, and enhanced by strategic public/private relationships. For more information, visit.

Safety and Compliance is liking eating a bowl of alphabet soup!